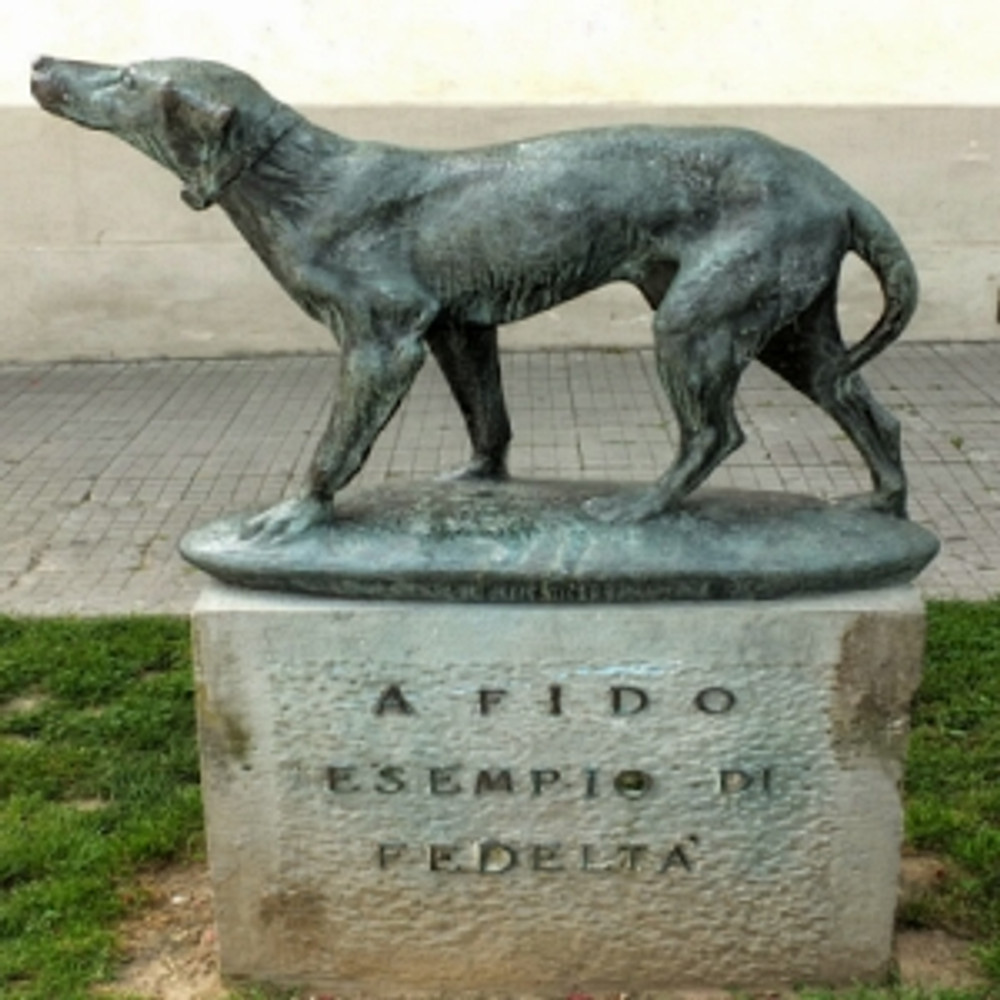 Fido was probably born sometime in the autumn of 1941 as a street dog in Luco di Mugello, a small town in the municipality of Borgo San Lorenzo, in the Tuscan Province of Florence, Italy. One cold November evening in 1941, a brick kiln worker named Carlo Soriani, on his way home from the bus stop, found the dog lying injured in a roadside ditch. Not knowing whom the dog belonged to, Carlo took him home and nursed him back to health. He and his wife decided to adopt the dog, naming him Fido ("faithful", from Latin fidus).

When Fido recovered from his injuries, he would accompany Carlo to the bus stop and watch his master board the morning bus that took him to his job. In the evening, Fido would be there to greet Carlo with a joy that only real dog lovers can imagine. Every day was the same for the next two years and everyone in town knew of their loyal friendship.

Sadly, in December 1943, during World War II, the factory Carlo worked at was hit by bombs in a terrible air raid, killing many people including Carlo. That evening, Fido didn't see his master after the bus unloaded passengers and drove away. After a while, Fido returned home but continued to meet the evening bus waiting for his beloved master. This went on for 14 years until the day Fido passed away on June 9, 1958. Fido was buried outside the cemetery of Luco di Mugello beside his master, Carlo Soriani.

Fido was written about in many Italian and international magazines and newspapers, appeared in newsreels throughout Italy, and was bestowed several honors, including a public statue erected in his honor.